Who Framed Roger Rabbit (夢城兔福星) + Sharing with the producer!

Dr Max Howard was the General Manager for the studio in London where the animation was produced in 1988.  He helped built the studio, hired artists from all over the world to add to Animation Director, Richard Williams’ core team.  There were over 225 artists and technicians.  The production took eighteen months.  Little did he know he was creating a film that would become a classic.  After production was completed, Disney invited him to relocate to the US, where he spent the next seven years, before moving to Warner Bros Animation as President.

We have the honor in inviting Dr Howard to introduce this classic animation to you on the coming Wednesday's Watch Great Movie and share with you his production experience after the screening. Don't miss it! 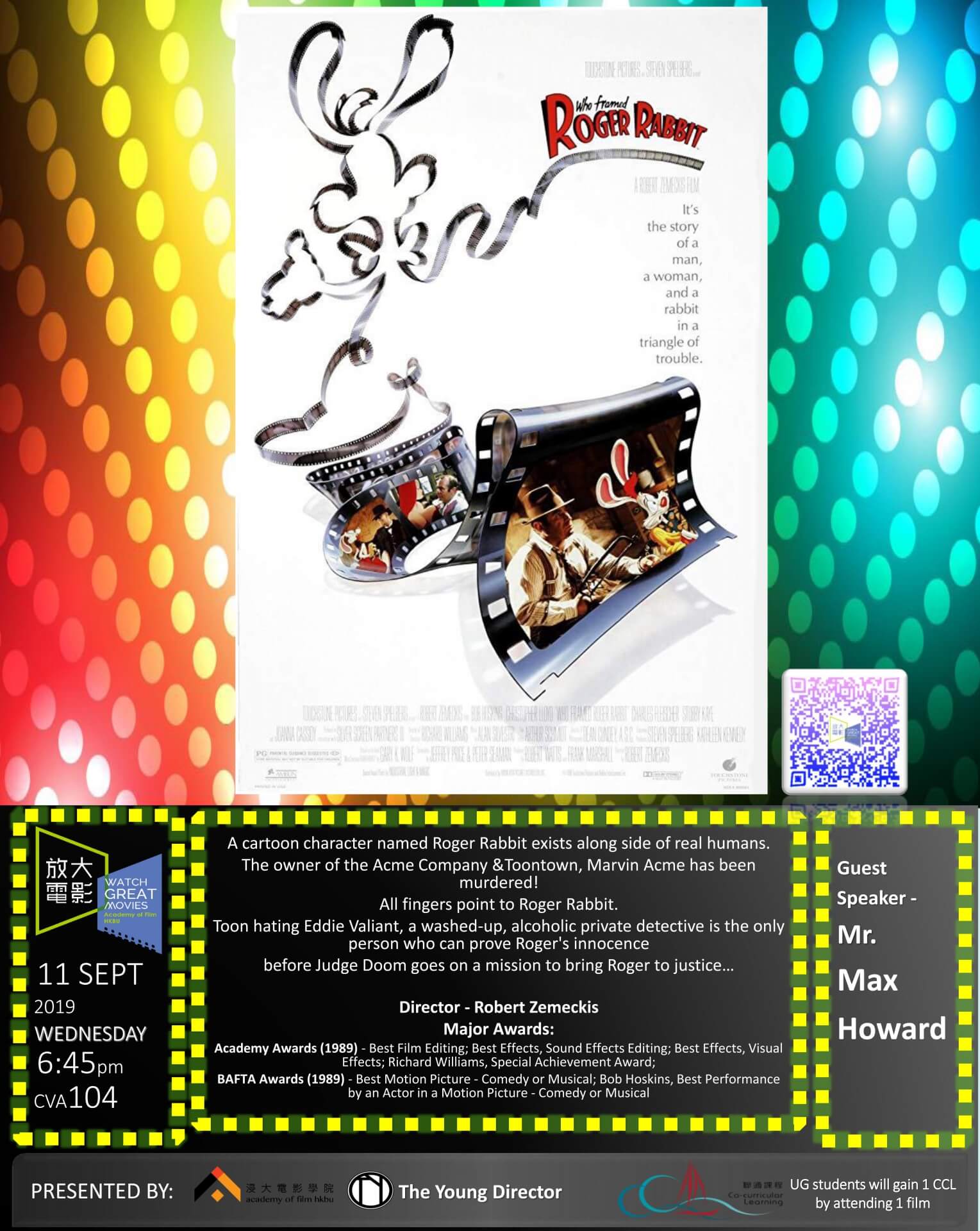