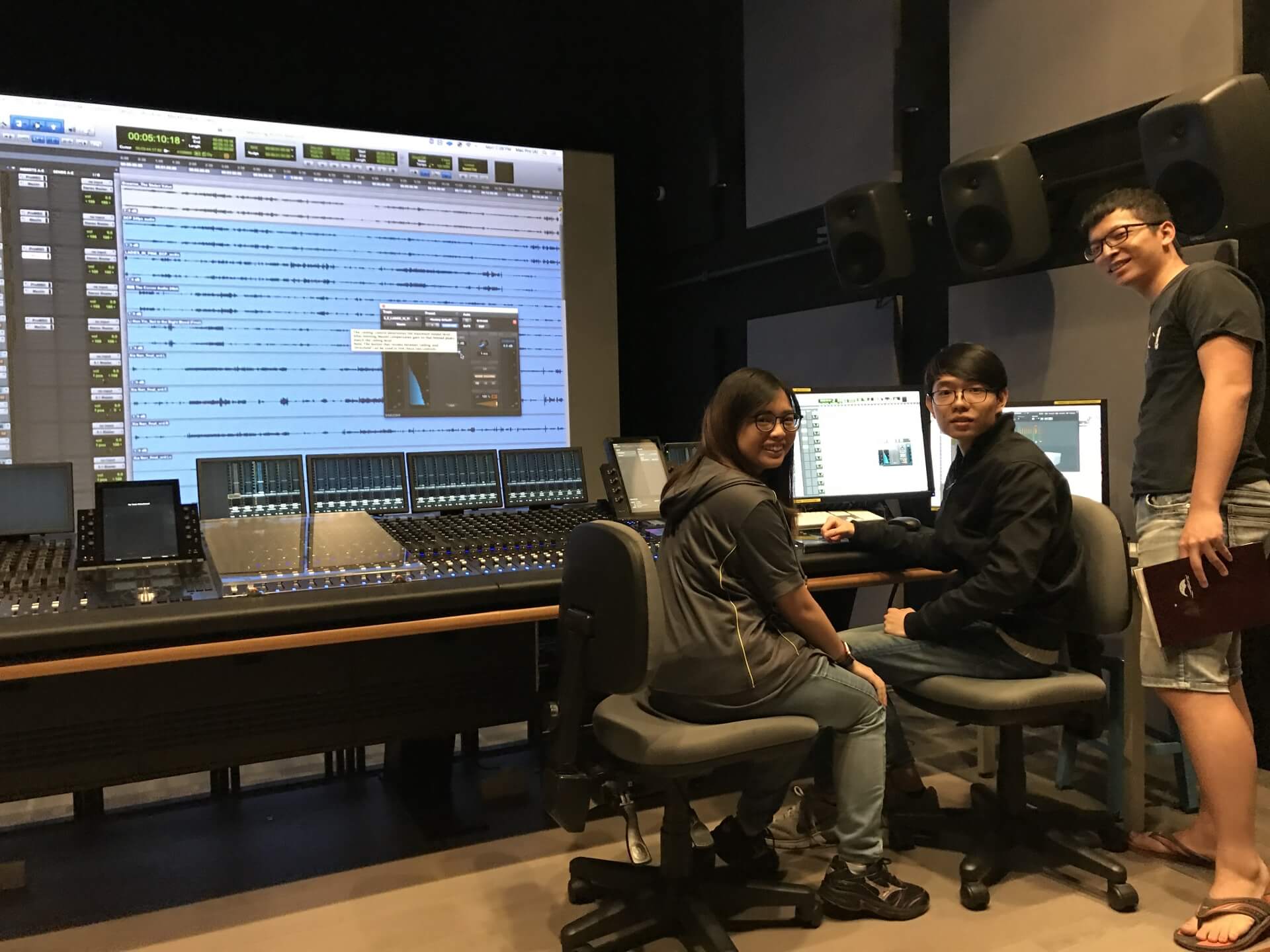 Students applied Dr. Ellis-Geiger’s music album mastering techniques to their movie soundtracks, which allowed the twenty individual soundtracks to be cross compared in terms of dynamics (perceived loudness) and spectral balance (low, mid, through to high frequencies). The process of soundtrack mastering is critical for an audience to experience an even loudness and spectral balance. The entire process took just over 9hrs to complete, which is very fast as there are twenty movie soundtracks that ranged in duration between 30-40 minutes.

After the soundtracks were mixed and mastered a Digital Cinema Package (DCP) was then made. The process of making a DCP involves bringing together the finished digitised (colour corrected) movie with the finalised digital soundtrack.

HKBU Among the First in the World

According to Dolby, ‘Hong Kong Baptist University is among the first education institutions in the world to feature a Dolby Atmos sound mixing facility’. After further checking, within the Asia-Pacific region, Hong Kong Baptist University’s, Academy of Film is currently the only institution of higher education with a Dolby Atmos sound mixing facility. In the North Americas, there are around six institutions and only three in the UK where students can gain an experience in producing Dolby Atmos movie soundtracks.

Dolby Atmos is being implemented into movie soundtracks and cinemas throughout the world at a rapid pace and represents the potential future for immersive cinema and home entertainment sound.

The 2018-2019 Film Honour Project Screening. There will be 19 honours projects containing 19 short films from the final year students screened in June through to early July. Screening details are below:

(*All screenings are free admissions)

(Warm Reminder：Please be punctual to the admission time. It is not allowed for admission after a short film starts. Late comer can only be admitted during the gap between the end of a short film and the start of the next short film.)

Brief of all Short Films:
https://drive.google.com/open?id=1XsxPJPJvetgPbcM7D-mzjKeBHi-nd1gH